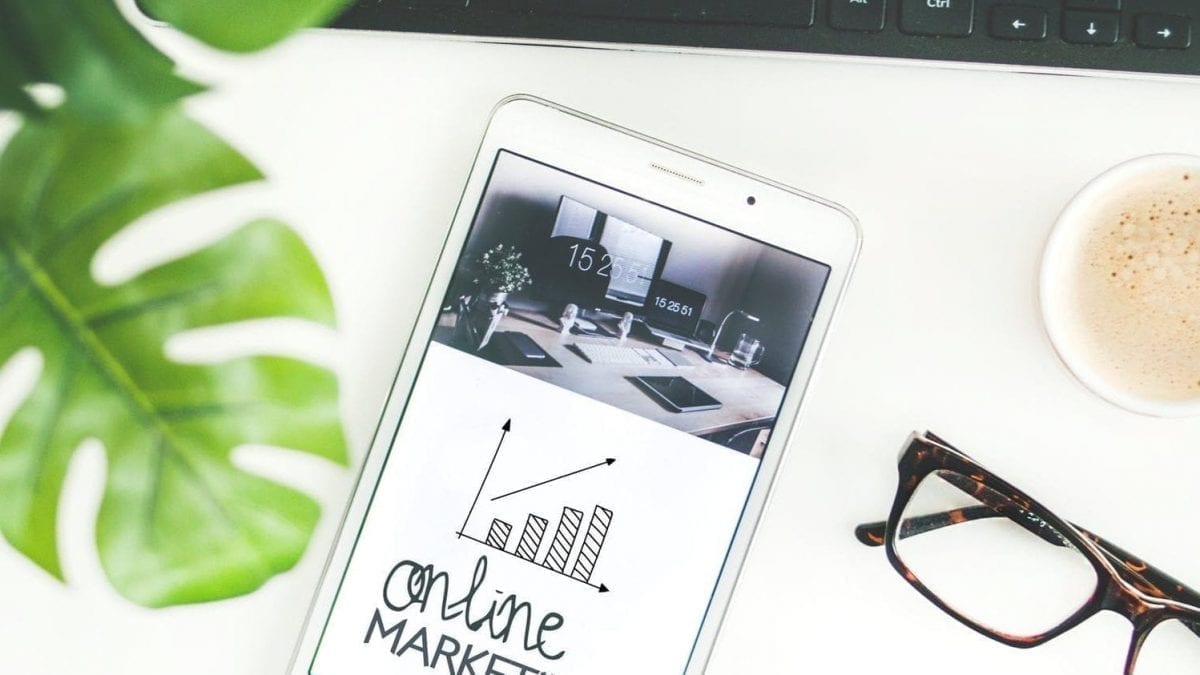 What is Adaptive Branding?

Adaptive identity (Branding) is also often referred to as fluid identity, dynamic identity and liquid identity. It can be defined as a flexible identity, where the designer can constantly adapt and change “the identity” relative to the context of its environment, learning the designer to form the market and environment where the brand adapts itself to reflect the behaviors and preferences of the consumer (Edelman 2010).

Adaptive identity within branding will consist of three spheres superimposed in one another. The outer sphere being the preference and identity of the consumer, this entails the manner in which the consumer sets his position within the market and his own societal structures, the middle sphere as the overall concept of the identity and the inner sphere will consist of adaptive content, adaptive design and adaptive strategy as seen in figure 1. The designer stands as the medium between the brand and the perception of the brand. 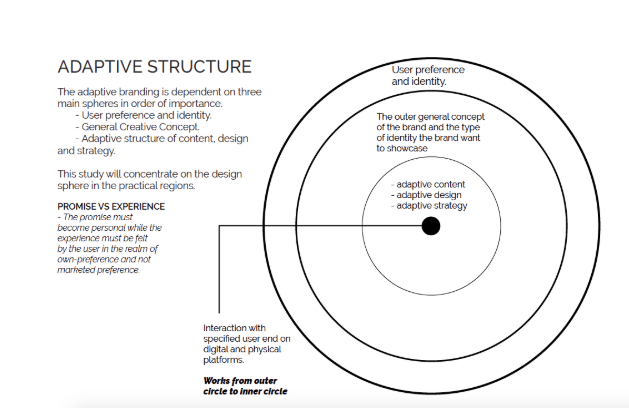 A brand language is no longer solely based on the look and feel, and structure, but rather on the interaction between brand and consumer. This interaction does not refer only to social media, but to all digital and physical platforms the brand entails, a “identity” must now become coherent and specific over all mediated platforms and strive to keep a coherent message without losing the core value of the brand and its own identity. The core value being the concept phase that the designer implements in to the adaptive structure. The flexible adaptive brand now aims for the designer to shape the brand’s identity around the perceived constructed identity of the consumer.

The designer must induce the interaction between the brand and the consumer this related to the interaction planned by using the adaptive structure. “How do you stand out and why should your target audience listen to you? Are you saying what they want to hear or are you following a predetermined recipe for your brand communication?” – Van der Watt (2014)

Contemporary consumption as discussed by Barton (2012) places the millennial’s consumption within a digital and physical space in their own identity. The millennial is a generation born between 1977-1994 that tends to be more responsive to targeted stimuli within brands and consumer products that can be related to the own preference on identity. According to Barton (2012) the millennial has expectations different from those of previous generations, and companies will need to rethink their brands, business models and marketing strategies accordingly, she states that studies have shown that old companies still show a dismissive attitude towards the millennial. 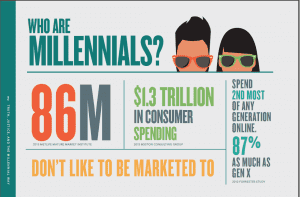 Where is it useful?

In context to a South African market.

South Africa carries relevance to this study as the environment for the research of brands in South Africa must speak over a vast amount of cultures and field of semiotic systems. The idea of exploring multiple cultures and semiotic systems within a digitized heterotopic African environment, challenges the mind and understanding. By understanding the “millennial” online identity versus their physical world identity within the subcultures that makes up the millennial generation, a multicultural South African context gives the designer the ability to solve the problem of catering for different cultures and perceptions by still keeping a core message. The “millennial” want to find unity through the products that they engage with. South Africa has vast moral differences between the millennial and the traditional structures. These factors creates a broad market that engages in different ways. The native stands as the person that ties himself to his moral values. The global being shapes his identity via networking and research of own choice, thus we find that South Africa is in a current pluralistic state. Social stratification in South Africa leads to more broken down channels that becomes closed down to other platforms of networking in the digital and physical realm. Social stratification is known as the hierarchal ranking of social being within a society this can also be seen as the boundaries between social structures that needs to be overcome. Some brand-identity creation issues faced by designers when designing for a millennial market in South Africa has shifted into a realm where the consumer sets the identity that needs to be conveyed. The search for identity has moved the new generation away from traditional marketing methods. Technological advances keeps changing the design speculations of an effective communicative brand. How can adaptive branding aid designers in resolving brand-identity creation issues in a pluralistic South African environment?

This is why I believe that Adaptive Branding will still play a big role within certain markets. 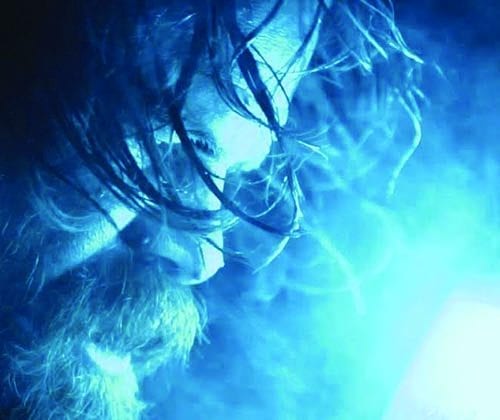 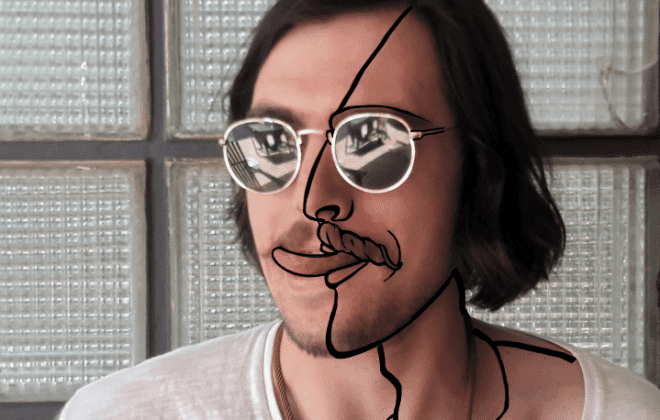